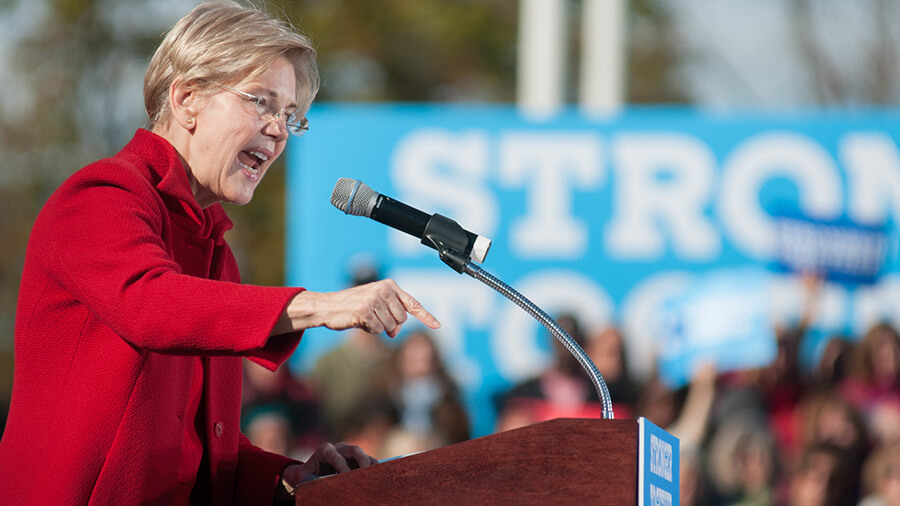 According to an estimation Americans owe more than $1.5 trillion in students loans, while an average American borrowing more than $ 38,000 and approximately 85% of the debt is owed to the central government.

Last Monday Senator Elizabeth Warren who is running for president presented her idea of making education cheap and affordable and wave off about half of the debts.

Her plan will erase students debts for those with lower incomes and those who couldn’t manage to graduate with a degree.

Massachusetts Democrat Ms. Warren who is running for president had a many ex-students supporting. This plan would bring relief from loan to more than 42 million Americans and would be $640 billion in the outstanding loan amount.

Justin and Samantha Morgan a couple said that this plan would be life-changing for them. Justin works as a lab manager and Samantha works for a non-profit organization. According to them, they have a took a student loan of $70000 and are making payment based on the income repayment plan.

“Your monthly payment is so low that you’re not paying your loans because interest accrues so fast,” Ms. Morgan, 30, said. “My loan has actually gotten bigger.”

Their loans would be released if they make their payments for the next 20 years. Samantha and Justin have a 3-year-old son and they also said that they are still living on rent and opposing another child because of loan burden.

The Warren campaign is keenly focused on providing aid to those who actually need it the most. A person with household income under $100k will get $50k in students loan but households with incomes up to $250k will get no subsidies.

While according to Sandy Baum, an expert on college affordability at the Urban Institute, waving of $50k in debt is too much and releasing $10k in loans would terminate debt for a third of borrowers.

“That is virtual all the borrowers who are low-income, who don’t have a bachelor’s degree, who dropped out of college, who are struggling most,” as opposed to those who are in a better position to pay off their loans, Ms. Baum said. The average federal student loan debt is $32,000, according to federal data.

Ms. Warren’s supporters said that people with jobs that need a high level of education but are not high paying, for example, a teachers job would be benefitted from this plan.

The plan has received positive feedback from a lot of students at New York University some of them pointed out the benefits of the campaign also.

Meanwhile, Matthew Chingos, director of Center on Education Data and Policy at the Urban Institute proposed that the plan was not progressive enough as one-time clearance of debt would not solve the root crisis of American student’s debt crisis.

There are hundreds of viruses in the Oceans
History of Lei Day – what does it signify?
Comment