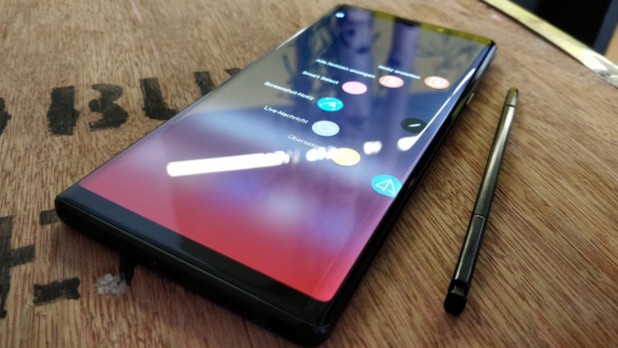 Samsung is all set for the retail launch of Samsung Galaxy Fold there however something yet to come.

Note series lovers will be further inquisitive to know about the specifications and new features of the upcoming successor of Samsung Note 9.

The new race of smartphone companies for implementing 5G assures that Note 10 will be a 5G ready device. While the screen size is rumored to be 6.66 inches, it is fair as the note series arrives with a large display screen. The device might be bodily similar to Note 9 but still, have a larger display as the bezels might get thinner and the front-facing camera will also undergoing a change.

While the S10 has three siblings namely S10 plus, S10E and S10 5G so it’s not a surprise that the Note 10 wouldn’t have other variants.

Further rumored that Note 10 will not hold any physical buttons. Experts from industry state that Samsung might implement Force touch technology which is originally developed by NDT. Supplementing one more rumor which says that the S Pen could hold a camera, which means not only the phone but even the stylus will get some new features and improved designs. Meanwhile, the stylus could get a camera of its own, Note 10 is awaited to reach the market with 4 rear cameras though it is not yet confirmed and still in our list of talks about the anticipated device.

Note series is the premium line of Samsung so there are possibilities that Samsung might perform a lot of latest technology and features in the device powered by the advanced Qualcomm Snapdragon processor.

Everything you need to know about the upcoming Galaxy Note 10 was last modified: April 25th, 2019 by Samantha Conley
Tags5g Samsung Galaxy smartphones Technology