A few days ago a former Youtube engineer spilled beans on how a group of engineers plotted to kill Microsoft’s Internet Explorer through Youtube back in 2009 nearly 10 years ago. 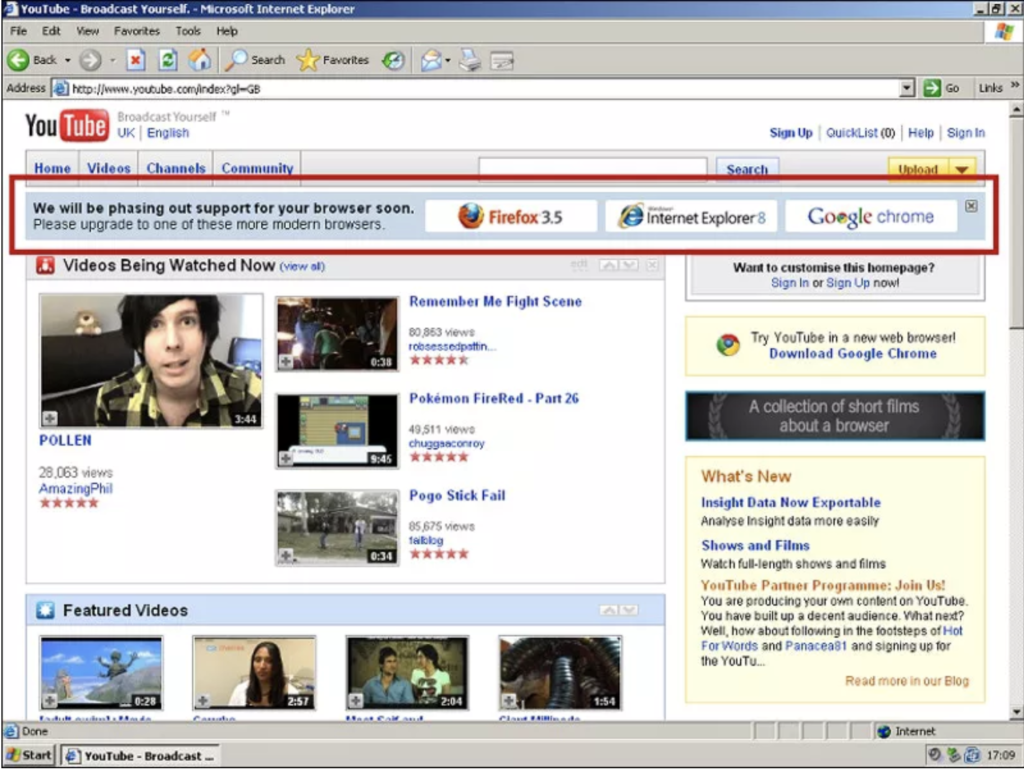 Frustrated by the retarded Internet Explorer the group started to figure out how they can get rid of this aging browser. After a couple of months of discussion and planning the group came up with a plan to place a banner above the video that only shows up only to the IE 6 users saying that ” We will be phasing out the support for your browser soon “.

This all happened without Google’s permission as they figured out a way to bypass code enforcement by creating a special set of code which they called “OldTuber” that let them make direct changes to Youtube codebase easily.

After banner started showing up the press started to question that why Google wants to kill Internet Explorer when there is a large group of people who are still using the browser and to get out of this the group told everything to Google’s PR team. After which two Google Lawyers demanded to remove the banner immediately because this action was against the EU’s anti-competitive behavior but the team explained that they have programmed the banner to display random browsers and demonstrated it to the lawyers after which they went back to their work.

The engineer who led the team, Chris Zacharias said that “We saw an opportunity in front of us to permanently cripple IE6 that we might never get again”.

At that time Youtube was getting around 18% of its traffic especially from IE 6 which dipped massively within a month of this action.

Zacharis told on his blog that, within one month, over 10 % of global IE6 traffic dropped off while all other browsers increased in corresponding amounts”.

Soon after Youtube, the banner started to show up on other Google websites mainly Google Docs. Just after the banned went live one of the Docs team employees went with the plan to his manager to convince him to do the same.

After 4 years of wait the rebels won the battle, IE 6 user base dropped below 1% in the US which convinced Microsoft to finally kill the IE 6 and the irony was that Microsoft also got frustrated and launched a countdown website to accelerate the death and also distributed t-shirts and cake to celebrate the final moments of IE6.