Hurricane In Florida Weakens To Category 2 but Expands In Size

The Hurricane Dorian is currently heading over to the Bahamas. However, the storm is moving pretty slow but it is constantly expanding into a bigger size. Earlier the Hurricane Dorian was as fast as the storms having Category 5 intensity but now it has weakened to Category 2 Hurricane. The speed of the hurricane is said to be 165mph. It is moving with a range of 140 mph to 185 mph speed.

Category 5 is said to be a very high intensity of any storm but now it has weakened to Category 2. However, according to the reports, it is still very dangerous as it is expanding in size constantly. Now as the storm has headed over to the Bahamas, it has reportedly taken the lives of at least five people in the northern Bahamas. 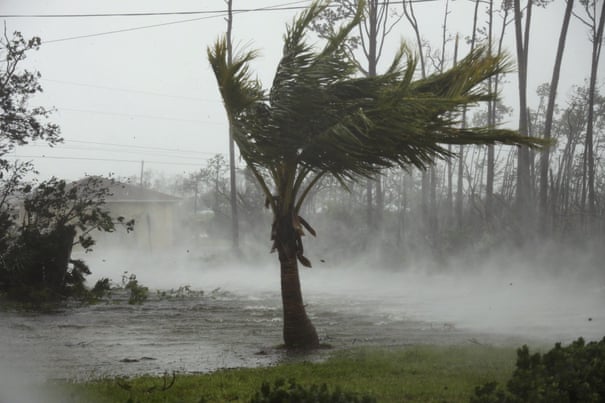 The states that are currently at the risk of danger in the United States are Florida, Georgia, South California, and North California. The journey of the Hurricane Dorian to the Bahamas and the Alcabo island started from 1st September and it is continuing to spread destructiveness.

One of the major elements of this storm that has been reportedly destroying the homes of the people and property and also causing them physical harm is Heavy rain, heavy winds, seawater flooding, etc. Due to this massive destruction, people are forced to escape from their home and flee on the roofs in order to fight with the flood. If reports are to be believed, then according to The Red Cross reported that there are more than 130,000 houses destroyed by the storm.