‘Friends’ is the show loved by many. The show celebrated its silver jubilee recently. And to honor this 25th Anniversary ceremony, the show is organizing an auction. Through this auction, the show makers are giving you a chance to own a thing from FRIENDS history. I know most of you must have watched the show again and again and now you can live in the moments forever by buying these props and items.

Brandon Alinger, COO of Prop Store said, “Prop Store is thrilled to be working with Warner Bros. to auction some incredible material from all 10 seasons of Friends. The series gave us so many laughs during its original run and continues to entertain and inspire fans around the world. It’s an honor to be able to bring some amazing original pieces to the fans, such as Joey’s original Hugsy doll.” 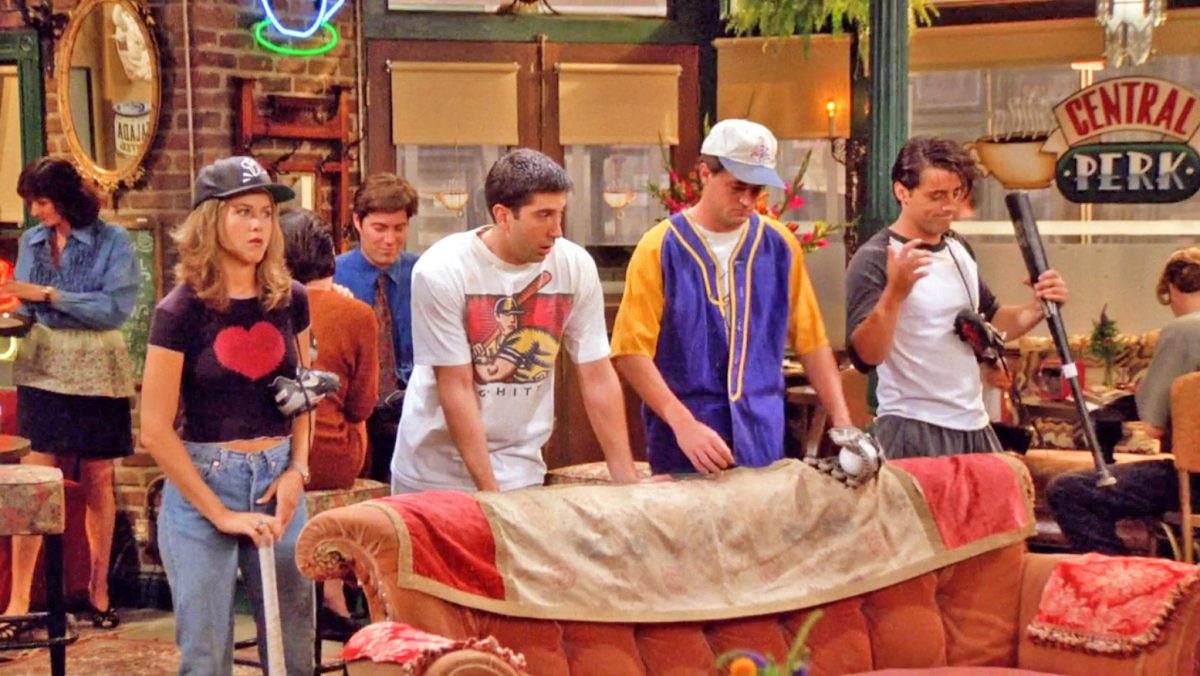 The auction has various props like the famous hugsy of Joey, Ross’s holiday armadillo costume, the orange couch at central perk, turkey with glasses, Rachel’s Hawaiian print dress, Chandler and Joey’s canoe. The auction will take place from 3rd December to 10th December.

“We’re also happy to offer detailed studio-edition reproductions, including the Holiday Armadillo costume, Central Perk couch and ten copies of Monica’s peephole door frame, straight from the Warner Bros. Props department. I would not be standing up here without that amazing show, without those amazing five other actors, and with an audience who stuck with us for a decade and through streaming services now,” as said by COO of prop store.